As the Fall Equinox approaches, we are reminded that this is the second and LARGEST of the harvest festivals (at least for the Montreal region of Quebec). Food is such an important part of rituals, especially sabbats like this one.

Sabbats are intended to be celebration days for the season and the gods (like the birthday of the gods related to that time of year), and thus not intended to be "magical working" days. Magical work is best saved for esbasts where they are intended. Who wants to work on their birthday anyhow!?! That said, we often celebrate with food. Within celebratory rituals is an aspect known often as "cakes and ale" (tho does not mean literally cake and ale). This is a part of the ritual where we commune with the gods. We offer them food and drink and share this with them.

Another important food-related aspect of ritual is the feast after a ritual. This is when everyone brings potluck food and drink to share. In our community, we also bring our feast gear (our own plates/bowls, cups/chalices, and utensils) as we are environmentally aware and perfectly capable of taking our own dishes home to wash rather that pollute Nature with our trashy disposables. This feast is critical energetically to help ground and rebalance everyone after a ritual. It is also a time for socializing and networking among community members.

Mabon (Autumn/Fall Equinox) is when we harvest the majority of the grains (wheat, barley, oats), later vegetables (beans, early squashes, eggplant, zucchini, and root vegetables like: onions, radishes, carrots, potatoes, turnips, beets), early tree fruits (plums, pears, nectarines, peaches), late berries (currents, gooseberries, elderberries), nuts of all kinds, lettuces, cabbages, spinach, and grapes for wine. There are so many things that can be made with such a HUGE harvest!

When planning your next attendance to a Mabon sabbat ritual, consider the harvest foods related to the holiday and try your best to put some effort into making something hearty.

PS. My plan for Mabon (which I will celebrate on Saturday) is to make buttered nuts and barley (with some mushrooms on the side because the hubby hates mushrooms), roasted garlicky mixed root veggies, beef/potato hash with onions.
Posted by scarletcougar at 4:52 PM

The School offers a wide program in Wiccan and Pagan studies.

Its goal is to introduce people to and train people in the Craft (magic and religion).

It does not intend to make anyone follow a specific path, but aims at helping each student discover their own path and potential. 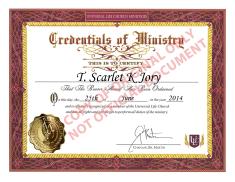